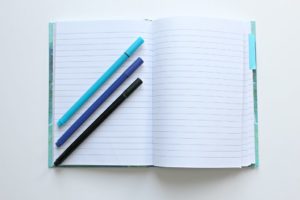 It’s hard to know what to write when you first start. Often it’s only by trial or error that you figure it out. There is a lot of advice out there for writers (mine included) but we all need to find our own way.

One thing I hear a lot is to write what you know. Well, don’t tell anyone but I’ve never actually committed murder… I just write what excites me and that’s rooting for an underdog. When I’m watching TV, I like being scared to the point that I’m hiding behind a cushion, or looking through my hands or even, on the odd occasion, shouting ‘don’t go into the basement or if you do at least turn the light on!’

So who do I read to inspire me? I started off reading Ian Rankin, (Rebus), Peter James (Roy Grace) and Mark Billingham (Tom Thorne) to study not only the police procedural elements, but also how to hook, set scenes, work in red herrings and give out subtle clues.

As well as these authors, I read Martina Cole, Elizabeth Haynes, Mandasue Heller and Lynda la Plante. I found women of courage amongst their pages – strong women who were often knocked down but would rally to get back up again. More recently writers such as Clare Mackintosh, Caroline Mitchell, Angela Marsons, Cara Hunter and C.L. Talyor have given me hours of pleasure.

Through reading all these genres, I found that my writing, my unique voice, became a mash-up of genres. Stephen King writes predominantly horror, but some of his books are pure mystery. It’s his voice that is the brand. I too write across different genres but the main theme in my books is strong women. You will always find that at the heart of what I do.

I’ve published fifteen books, another one is on preorder and I’m working on the next two at the moment. So by now, I know what I like to write. If you want to do this for a living, that is the first thing you need to figure out. Who wants to slog away at something they don’t enjoy doing? 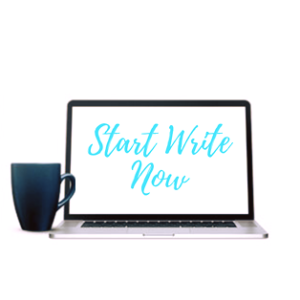 Why not become a book detective?

I bagged my first (of three) agents back in 2006 when I was writing women’s fiction. When I met her for the first time, she had read one of my manuscripts in full and had suggested I come to London to chat. We went out for lunch and I remember thinking ‘this seems promising’ when she said she wanted to sign me up.

But then she said I needed to put in a lot of work to get my book up to the point where she could pitch it to a publisher. And then she told me to take three months off from writing.

I was devastated. I hadn’t been expecting that. But what she told me to do next was one of the best pieces of advice I’ve ever had. She wanted me to become a book detective. She told me to either buy or borrow my favourite top ten books in the genre/s that I wanted to write. Then she gave me a list of things to analyse. I can’t recall exactly what was on there now but it went something like this:

The final thing she told me to do was to write down any emotion that I felt as I was reading. Did I like what the character had done, did I feel sorry for them etc? In other words, read the book as a reader would, even though I was analysing it.

As soon as I had my ten books, I opened a Word document and added a table with lots of boxes I could fill in and kept it beside me as I read each book. I learned so much by doing this and I sometimes catch myself mentally doing it now.

So how about you become a book detective with your next read? You never know what it might inspire you to write.

4 thoughts on “Find out what you want to write – become a book detective.”