The Estate Series - Where even the darkest moments have their lighter times.

A few questions about The Estate Series:

You started out writing contemporary women’s fiction. What prompted the shift into crime?

People sometimes assume it was my housing officer background, but it wasn’t. It’s usually a news bulletin or a newspaper article that starts off a chain of thought. TAUNTING THE DEAD was a personal challenge as I thought there was no way I could write a police procedural. It’s partly why I spend more time with the villains rather than the police – and some readers said I blended Martina Cole and Lynda La Plante’s writing styles. I’m not sure why my writing turned darker except that I like to explore dark subjects, and rooting for the underdog. And I love watching gritty TV dramas.

Have you brought any elements across the genre divide?

Yes, I think so. THE ESTATE SERIES has an element of laugh a minute, cry a minute, crime a minute as I explore emotions and fear. I lovingly call it grit-lit because it’s gritty realism through the eyes of some really strong female characters. The issues I choose have been covered in both genres too. I’ve also been told that a lot of people sympathise with my nasty characters, feeling for them when things go wrong which I’m extremely pleased about. I’m a firm believer that there is good and bad in everyone, depending on circumstances and just how far we can be pushed.

You don’t shy away from tough subjects – domestic violence, sexual abuse, girl gang fighting. Did you find it challenging to explore these issues?

My work as a housing officer and the women that I often came into touch with, plus my love of the underdog doing well, gave me the background for writing about an estate. I then read a lot of case studies that I’d either find on the internet or in the media. For instance if I want to try and understand self-harm or young teens in prison, often I can turn to Youtube or research on Google. That said, I haven’t worked directly with people as I think it would be too upsetting. Some people go through so much it pains me. And it must be hard to be a support worker. I have so much admiration for them.

THE ESTATE SERIES saw you move away from your hometown of Stoke-on-Trent. What provoked the change of location?

I wanted to create a character out of the estate itself – I wanted readers to think it could be just around the corner from where they live. There are good parts and bad parts in every city, I’m sure.

Though fictional, The Mitchell Estate is going to be familiar to many of your readers. Are you conscious of wanting to show them a recognisable world?

There are lots of victims that go unheard of, stories swept under the carpet, things hidden behind closed doors. I hope to cover issues that some people like to think don’t exist – or certainly not in their world. It also amazes me how many times I see news clip of someone saying ‘you don’t expect this kind of thing to happen on your own doorstep.’ Why? We’re all humans, striving to get along but sometimes, something makes certain individuals flip. 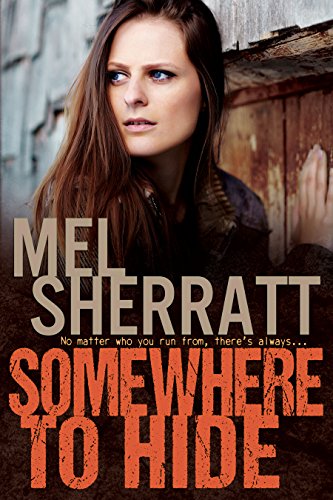 What if you had no one to turn to and nowhere to run?

With the death of her husband and a tragic secret she is desperate to bury, Cath Mason opens her home to young women who need a roof over their head and a sympathetic ear. From victims of domestic violence to drug addicts, no woman is beyond Cath’s helping hand. The only problem? She lives on the notorious Mitchell Estate, where temptation and trouble lurk on every corner.

When malicious notes are posted through her door, precious things go missing and a homeless teenager is found murdered, Cath reckons it’s just part of daily life on the estate. But when those she cares about most fall prey to violence, she begins to suspect her past mistakes are catching up with her.

Can Cath finally confront her own troubled history before it engulfs not only her but also the women struggling to rebuild their lives?

SOMEWHERE TO HIDE is book one in THE ESTATE Series 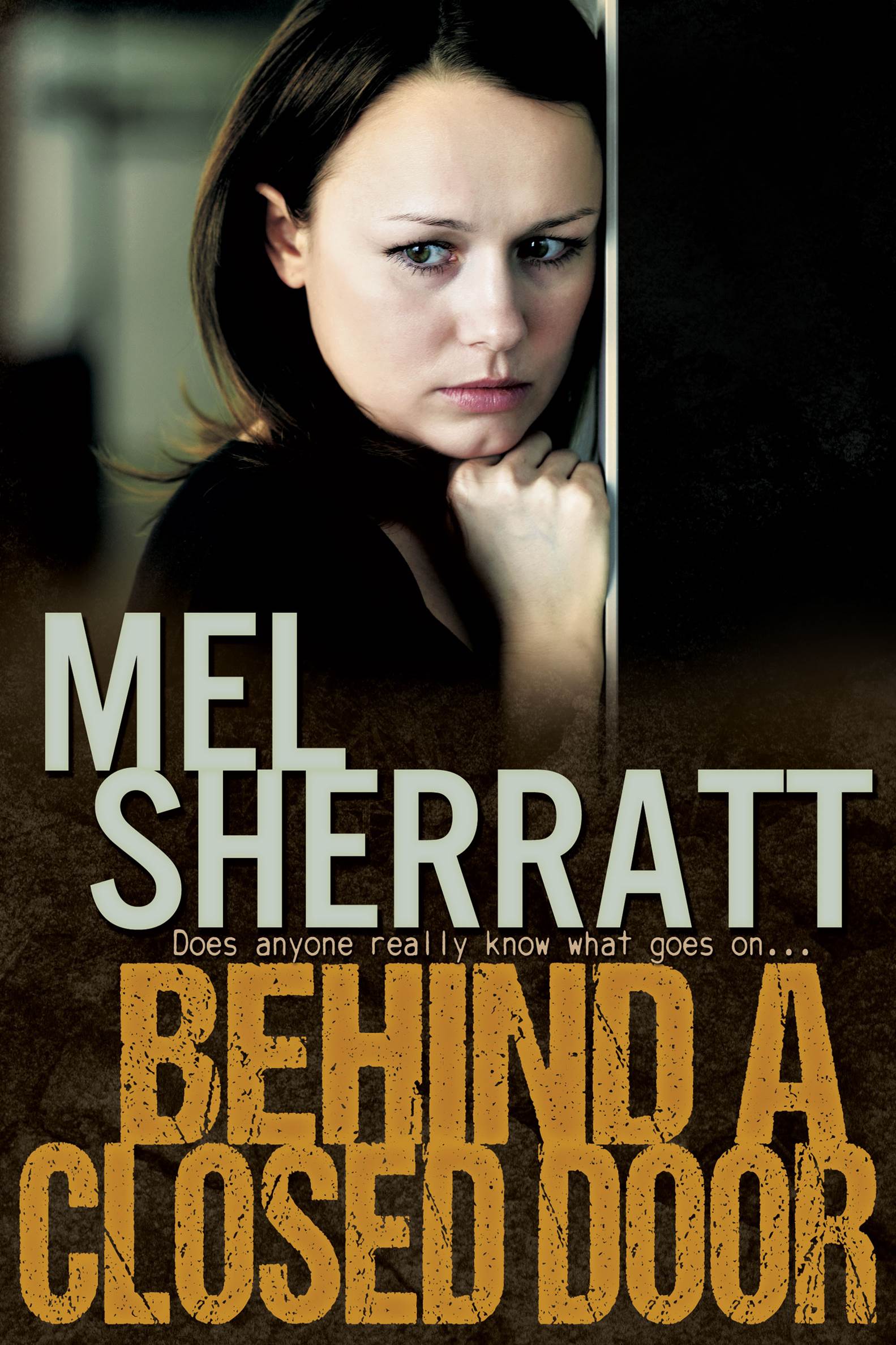 What if you never feel protected when you're at home?

Housing office Josie Mellor loves the community spirit of the notorious Mitchell Estate – when it doesn’t involve benefit cheats, aggression, or murder and mayhem, that is. But it isn’t exactly a party for some of her tenants... Kelly Winterton thinks Josie is sticking her nose in where it’s not wanted. Her partner’s just been packed off to prison and she’s left worrying how to fend for herself and her young daughter. Charlotte Hatfield has fled from her violent partner. With four children in tow, she lives in fear of him finding her again. Amy Cartwright has learning difficulties. She finds it hard enough looking out for herself and her six-month-old baby without being taken advantage of.

In the midst of it all, Josie has secrets of her own. Trapped in a loveless marriage, she struggles to escape her controlling husband. And as her home life deteriorates, she realises only a thin line separates her from the people she’s trying to help. Can Josie save herself and return the estate to relative normality when a spate of burglaries causes havoc on the estate, and deadly violence erupts? Or will both she and her tenants become victims of violence that no one will see?

BEHIND A CLOSED DOOR is book two in THE ESTATE Series 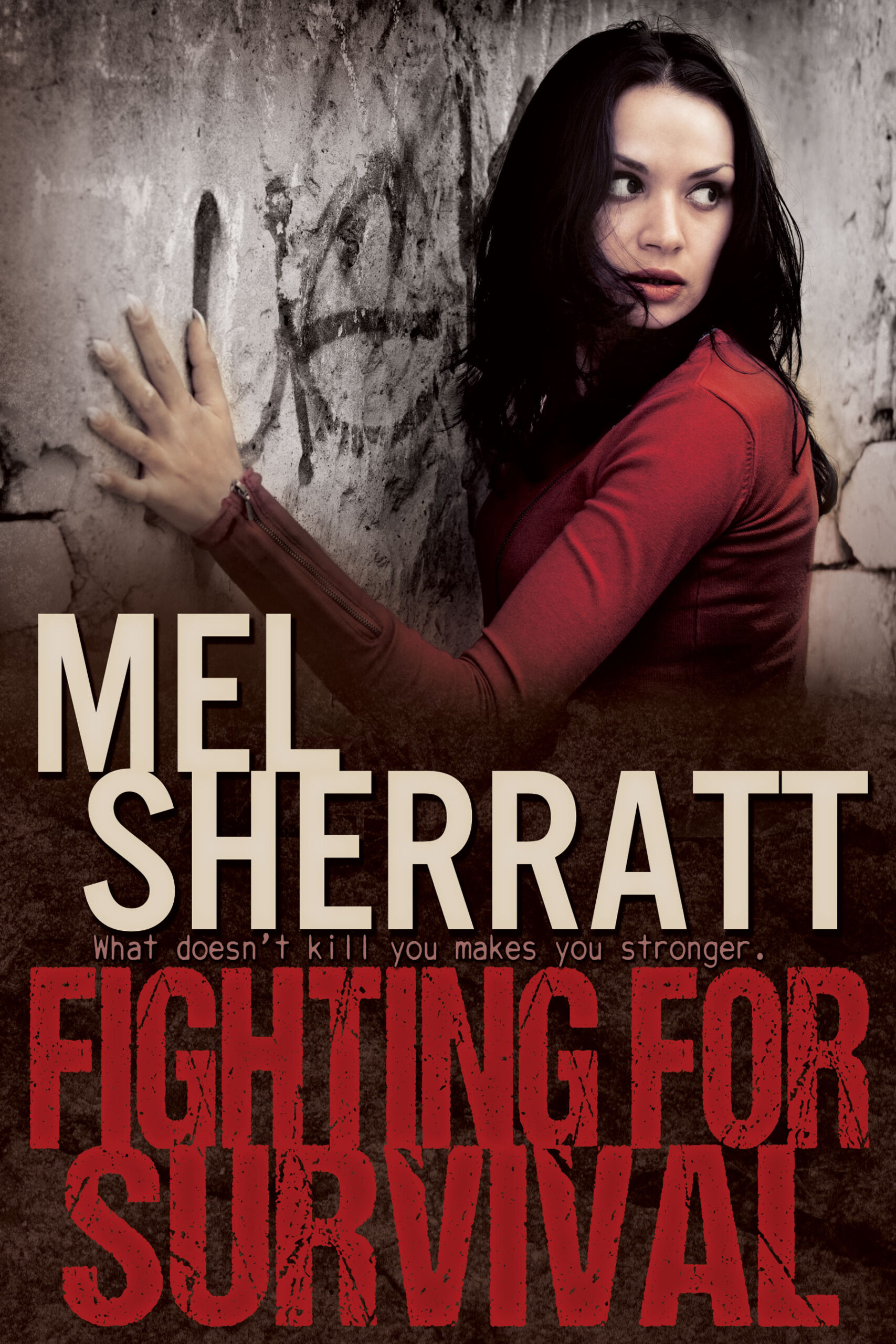 What if your worst enemy is yourself?

When Caren Williams finds herself back on the estate she fought so hard to get away from, little does she realise she'll be living opposite her arch-enemy, Gina Bradley. Gina thinks she and her family rule Stanley Avenue so when Caren starts to become popular, she decides to hit her where it will hurt the most – she wants her husband.

Lonely and depressed, Ruth Millington finds it a constant struggle to get through the dark times. Spiralling out of control, maybe she should let Gina's husband help her out when he comes calling. Twins Rachel and Claire Bradley, took control of the girl gang, the Mitchell Mob, when their leader was sent to a juvenile detention centre for assault. But Stacey Hunter is out now and wants to hold the position of top dog again. No one will back down - let battle commence.

Brawling in the street, fighting on the square and conforming to peer pressure – it all comes down to holding your nerve. But this time not everyone will survive the notorious Stanley Avenue...

FIGHTING FOR SURVIVAL is book 3 in THE ESTATE Series 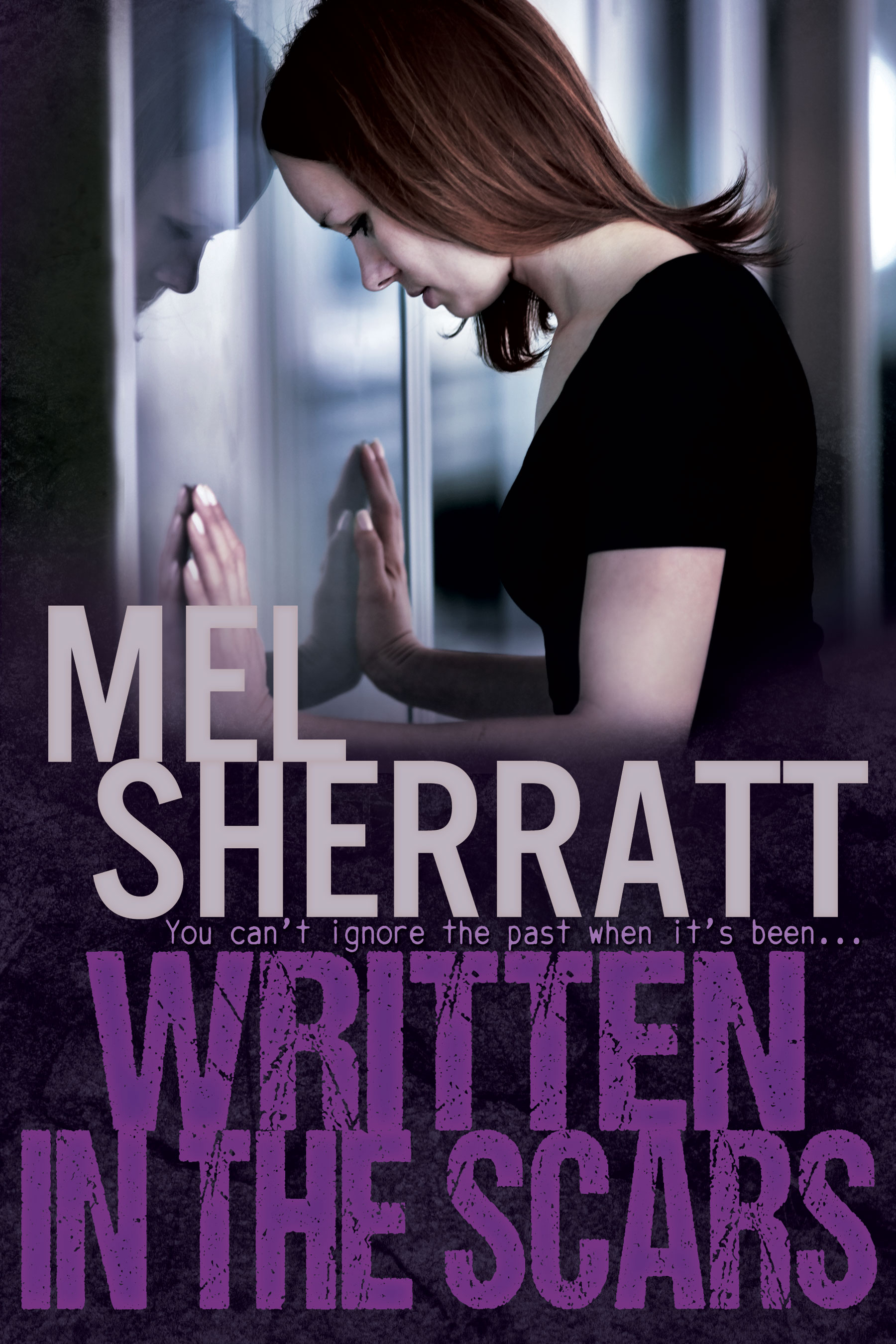 After years of living as a single parent, all Donna Adams longs for is someone to make her smile, to share hopes and dreams with, to keep her warm at night.

Home from the army, Lewis is a changed man. Angry and consumed by grief, troubled by nightmares and flashbacks, his mind is worse now than ever.

Megan Cooper hides her scars for fear of being rejected. Mary Marshall can’t always remember how she got hers.

If the past could be erased to make a better future, we’d all want that, wouldn’t we? But life is never that easy for the residents of The Mitchell Estate… 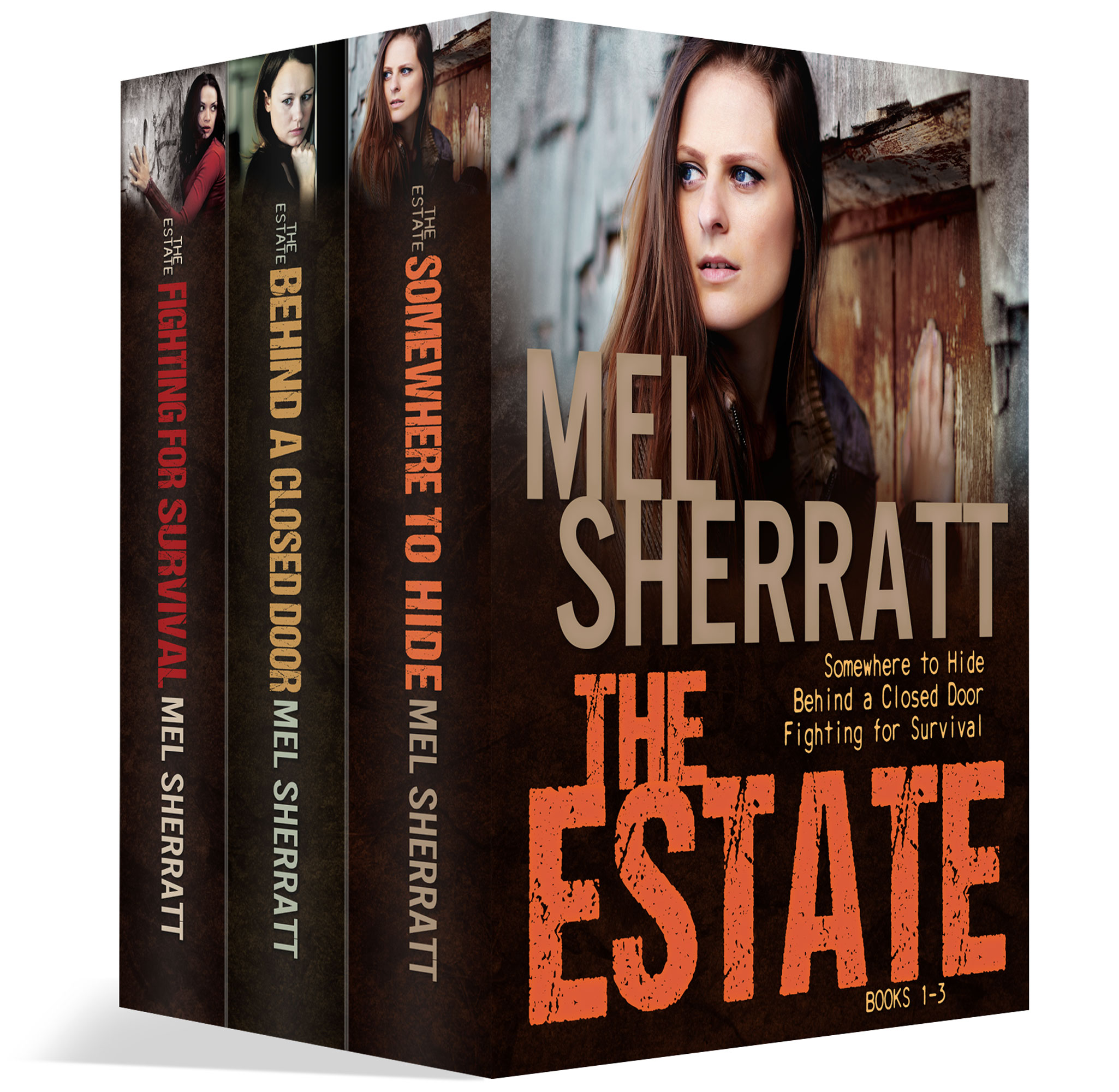