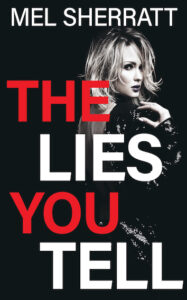 Reinventing yourself can be murder

Working for Parker-Brown PR will be the perfect job for Esther. Along with a false name, fake references and qualifications, it’s just the new start she desires. But she also has a plan for revenge.

Owning a successful PR company, Tamara enjoys her champagne lifestyle to the full. At least, that’s the image she displays to the world. As well as being lonely, she’s running out of money. A promising new member of staff could bring the injection of fresh blood needed to win the contract that will turn things around.

Sensing Tamara’s vulnerability, Esther uses their acquaintance as a way to get close to someone who hurt her in the past. But when she takes things too far, mistakes begin to catch up with her and someone ends up dead.

And that’s not what she had planned at all.

‘Mel Sherratt is on outstanding form with this pacy, page-turning thriller! It had all the thrills and chills, with just the right amount of gritty realism that sets her writing apart from the crowd.’  LJ Ross.

THE LIES YOU TELL – buy here 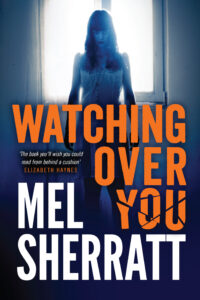 Raw, sexually charged, and darkly claustrophobic, it grabs you by the back of the neck and never lets you go.

Following the death of her husband and unborn child, Charley Belington sells the family home and bravely starts life over again. On moving into a new flat, she is befriended by her landlady, Ella, who seems like the perfect friend and confidante.

But, unbeknown to Charley, Ella is fighting her own dark and dirty demons as the fallout from a horrific childhood sends her spiralling down into madness—and unspeakable obsessions.

As Ella’s mind splinters, her increasingly bizarre attentions make Charley uneasy. But with every step Charley tries to take to distance herself, Ella moves in a tightening lockstep with her, closer and closer and closer…

‘Ella is a terrifying villain–outwardly ordinary and utterly unhinged. Watching Over You is the book you’ll wish you could read from behind a cushion.’ Elizabeth Haynes.

WATCHING OVER YOU – buy here