Today’s guest is Jane Isaac, with her new book The Other Woman, which was released last month.

Hi Jane. Describe your latest novel in one sentence.

When Cameron Swift is assassinated outside his family home DC Beth Chamberlain, Family Liaison Officer, uncovers a trail of deception, family secrets and betrayal, which ultimately brings the threat of murder to her own door.

What three words would you use to describe yourself?

What is your main character called? What three words would you use to describe them?

Can you tell us one positive and one negative trait of your main character?

The role of Family Liaison Officer requires Beth to support the family, update them on the investigation and also investigate them. She’s committed to tracking down an offender, fights hard to get results for the family, and sometimes adopts unorthodox methods to get to the truth, which can leave her vulnerable.

What inspired you to write crime fiction?

Enid Blyton and Agatha Christie! I was one of those little girls with their torch under the duvet, desperately trying to get to the end of a Secret Seven story before I was caught. Years later, I’d sit around the television with my family, watching Hercule Poirot and trying to guess whodunnit.

I love the twists and turns of a good mystery, so I guess it was the natural genre for me to write.

Who is your favourite crime author?

This is a changeable feast for me, though I’m currently re-reading Jeffery Deaver’s Lincoln Rhyme series and enjoying the stories all over again. They really do stand the test of time.

What is your favourite book of theirs? 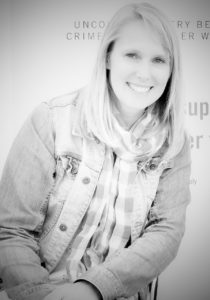 Who is your favourite crime character or duo – film, TV, play or book?

Since I’m currently on a Deaver fest, I’d have to say the quadriplegic Lincoln Rhyme and his feisty sidekick, Amelia Sachs. I love watching the dynamics of this duo play out as they investigate a crime, the chemistry between them and the development of their characters throughout the series.

Finally, tell me one weird and wonderful fact about yourself.

My favourite country in the world in Thailand. I visited there in 1999 for two weeks and loved it so much I stayed two months!

Thank you so much, Jane and lots of luck with The Other Woman! Here’s the blurb:

The grieving widow. The other woman. Which one is which?

When Cameron Swift is shot and killed outside his family home, DC Beth Chamberlain is appointed Family Liaison Officer. Her role is to support the family – and investigate them.

Monika, Cameron’s partner and mother of two sons, had to be prised off his lifeless body after she discovered him. She has no idea why anyone would target Cameron.

Beth can understand Monika’s confusion. To everyone in their affluent community, Monika and her family seemed just like any other. But then Beth gets a call.

Sara is on holiday with her daughters when she sees the news. She calls the police in the UK, outraged that no one has contacted her to let her know or offer support. After all, she and Cameron had been together for the last seven years.

Until Cameron died, Monika and Sara had no idea each other existed.

As the case unfolds, Beth discovers that nothing is quite as it appears and everyone, it seems, has secrets. Especially the dead…

Find out more about Jane on her website here

Murder They Wrote with Jane Isaac

Tagged on: Murder they Wrote