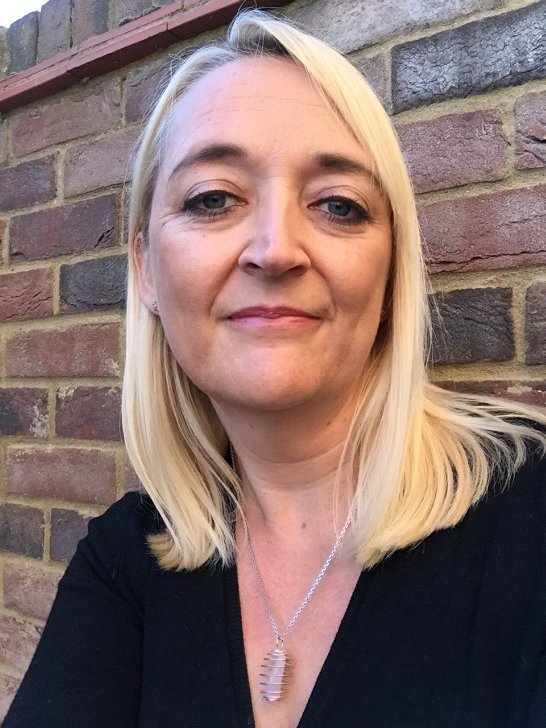 My first monthly guest has to be Caroline Mitchell.

I first met Caroline in 2015 at London Book Fair, and we have become great friends. Not only is she a warm and considerate person, she is very ambitious.

The thing that stood out for me was that she had a plan. She wanted to write full-time, so she worked hard. Before I show you her latest book, this is her inspirational story of how she achieved her dream.

Over to you Caroline…

How I left my job to become a full-time author.

One night, when I was on a late shift in my job as a police detective, I sat around with my colleagues in a rare moment of down time discussing our futures. They wistfully counted the days to retirement, when they would be able to finally collect their pensions and live the life of their dreams.

With only five years racked up in the job, my pension collecting days seemed very far away.

I did not want to wait until I was sixty-five to live my dream life.

I announced that I would be leaving the police before my tenth anniversary. I had no clue how I was going to be able to afford that, with four children at home to support and a self-employed husband, whose income was sporadic to say the least.

They offered me a kindly smile that is afforded to the delusional, and we went back to work.

A few years ago I attended police HQ to give them my warrant card for destruction, as I had given in my notice the month before… I had served nine years and six weeks in the police.

It’s not that working in the police was a terrible job, it just wasn’t for me any more. So when I embarked on my plan to find something else to do, I absorbed myself in self-help materials, such as the movie The Secret and the book Be a Free Range Human, until one message shone through. Do what makes you feel alive.

I’m a daydreamer. My school report card regularly reported ‘Caroline could do better if she stopped looking out the window,’ and ‘Caroline’s middle name is daydream.’

Getting paid to write stories featuring characters that lived in my head seemed my perfect occupation.

Yet even when I released my first self-published novel Paranormal Intruder in 2013, I did not dare to believe I would one day be writing full-time. So I started looking for other things to do. But none of them made me happy.

I made a decision to follow my dreams, even if that meant working my socks off without a break. Each morning I got up at half five for my train journey to work. Squeezing myself into any available seat, I wrote as much as I could. I carried a notebook, and scribbled random notes during the day.

That night when everyone was in bed, I would be up until one or two o clock, writing until I fell asleep. Then I got up a few hours later and started all over again. Now I’m not advocating you work until you make yourself ill. After two years without a break, I was signed off sick from work with stress.

That was when the decision came into fruition. I chose what made me happy. I prepared my resignation email, and as my finger hovered over the ‘send’ button all the old fears came into play. I was giving up a respected job, a steady income. What if my royalties dipped? What would happen if I couldn’t meet the mortgage payments?

I read a fantastic quote on the internet the other day. It said: ‘The people who say it can’t be done should not interrupt the people doing it.’ If I were to listen to people when they said I was delusional then I would not be writing this piece now.

If you’ve read this far, then I imagine you’re looking for inspiration yourself. I hope you’ve found it. Life is short. Do what makes you feel alive. Don’t stop until you find it.

Thanks, Caroline! I asked her some questions about writing too:

How do you organise your writing day?

It depends on what stage of the process I’m at. When you write your first book that’s all you have to focus on. When you’re several books down then momentum has gotten going so it’s a matter of keeping everything in check. Book launches, interviews, emails, edits, submissions and works in progress have to be organised.

That’s why I keep diaries and make goals. Every day I see what I have to do then calculate how long I have left to complete it. I usually catch up with emails and outstanding tasks in the morning. I’m a night owl so my writing doesn’t get going until later on.

How do you get over writer’s block?

When you write for a living you can’t afford the luxury of deciding you’re unable to write. As long as you get something down you can fix it later on. Being strict with myself is how I’ve been able to write so many books up until now.

What is your best writing habit?

Dictation helps me nail the first draft in good time. It takes time to master but I recommend it, especially when it comes to writing dialogue. I enjoy acting out the parts.

Was it hard to let your first book go out into the wild?

I’d like to say it gets easier but it doesn’t. Perhaps you become a little more self-assured overall, but markets change and you can’t always forecast how a book is going to do. That’s why positive early reviews are so very important. When writing is your living it’s good to have an enthusiastic audience early on.

If you were starting right now, what would be the one piece of advice you wish you had known beforehand?

I used to think that if I got signed, I’d made it. But in truth you climb that first mountain and discover the Himalayas out there. It’s such a competitive industry. You need to be resilient and (unless you’re a huge name in the writing world) you can’t afford to get complacent. You’ll always be climbing mountains, always looking ahead, reading the market to forecast what people want.

I see other authors who started their journeys the same time as me. Some have dropped off the radar, but the ones doing well are the people who were always one step ahead. This is why a strong sense of self-belief is so important and it’s good to pair up with a forward thinking writing buddy or mentor if you can. I would like to have known this, so I wouldn’t have taken things so personally in the early days. Developing a strong hide certainly helps.

A victim on display. A detective on the rails.

Shopping with her sister, DI Amy Winter is admiring a Valentine’s Day window display of a perfect bride encrusted in diamonds and resplendent in lace—until she notices blood oozing from the mannequin’s mouth.

This is no stunt. A post-mortem reveals the victim was left to die on her macabre throne for all to see. When a second victim is found, it emerges that both women were ‘Sugar Babes’ arranging dates with older men online—and Amy finds herself hunting an accomplished psychopath.

As she tracks down the killer, Amy’s instincts go into overdrive when the charismatic head of the agency behind the display makes no attempt to hide his fascination with her serial-killer parents. What exactly does he want from Amy? With her own world in freefall as her biological mother, Lillian Grimes, appeals her conviction, Amy pushes the boundaries of police procedure when a third ‘Sugar Babe’ disappears…Is she as much at risk as the killer’s victims? 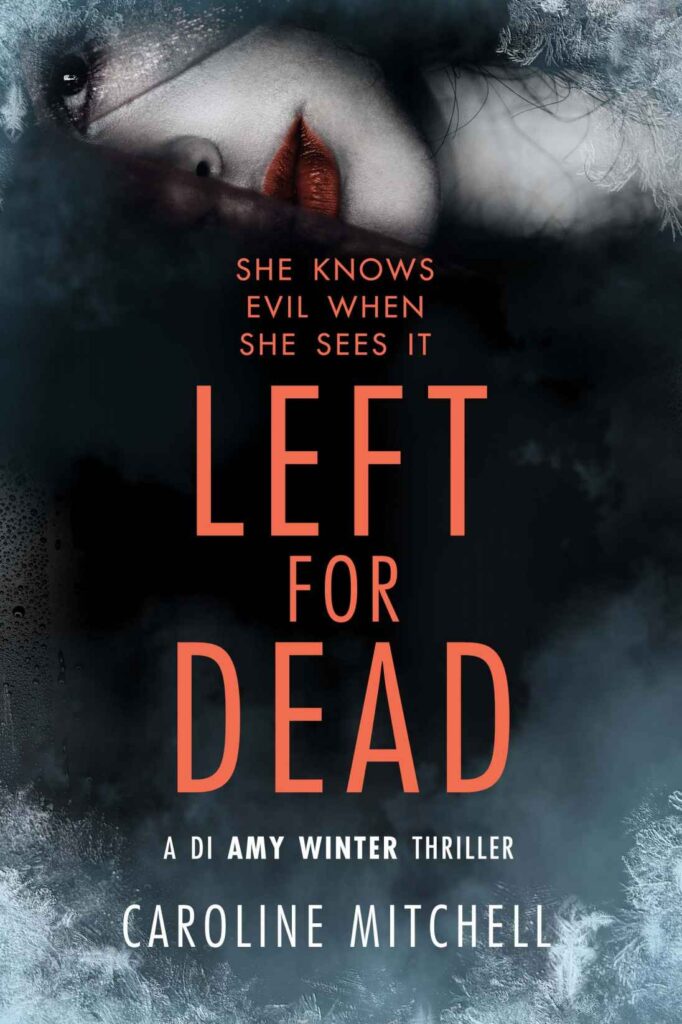 To find out more about Caroline and her books, you can visit her website here 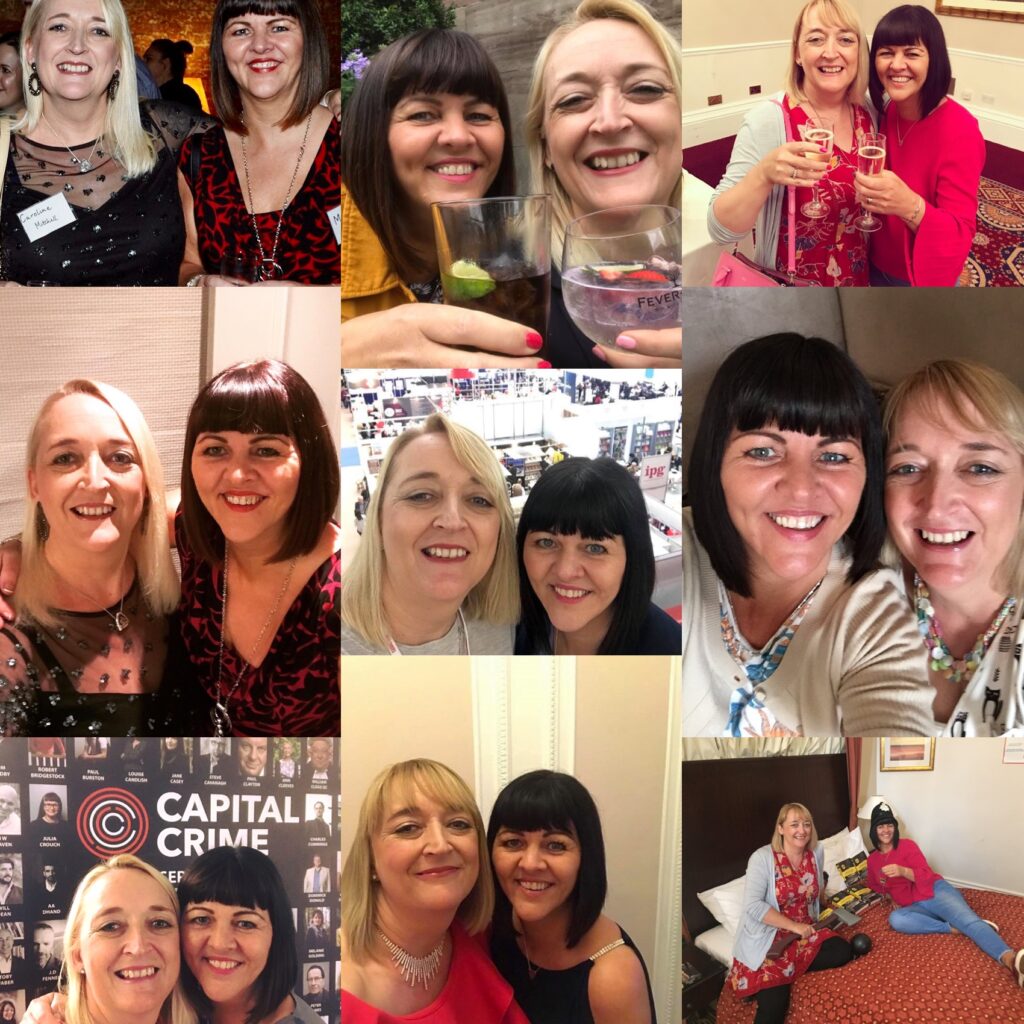 Caroline originates from Ireland and now lives with her family in a village on the coast of Essex. A former police detective, she has worked in CID and specialised in roles dealing with vulnerable victims, high-risk victims of domestic abuse, and serious sexual offences. She now writes full time.

Caroline writes psychological and crime thrillers. The most recent, Silent Victim reached No.1 in the Amazon charts in the UK, USA and Australia and was the winner of the Reader's Favourite Awards in the psychological thriller category. It has been described as 'brilliantly gripping and deliciously creepy'. 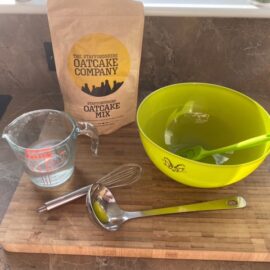 It’s all about the oatcakes! 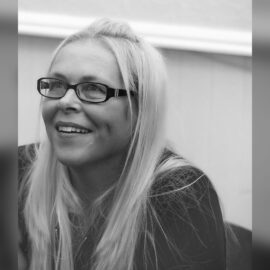 In Conversation with Clare Mackintosh